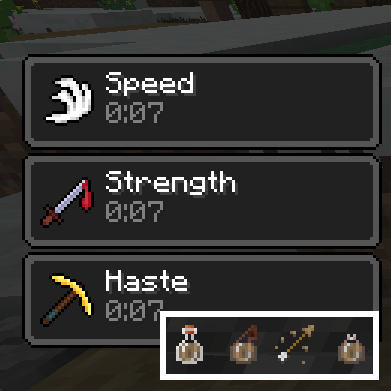 Brew cocoa beans in water to make Coffee, which gives you Speed, Haste and Strength for a short time. 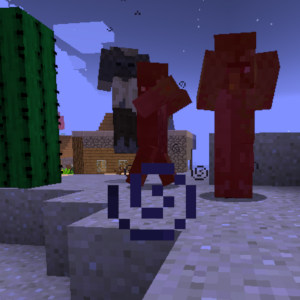 Decay cannot be brewed. If the Witches Drop Decay feature is enabled, decay potions may be collected this way.

All mobs affected by this potion will be given the Wither status effect. 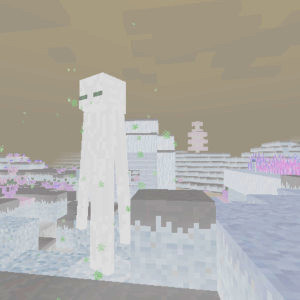 Brew an Eye of Ender with a Night Vision potion to make a Potion of Ender Sight. When you are under the effect of Ender Sight, Endermen may be attracted to your location, and you can ‘hear’ a stronghold when you face the correct direction.

The Ender Sight effect plays a sound when you face toward a distant stronghold when in the overworld. A different sound plays when you are very close to the structure itself.

In the default configuration the screen colours will be inverted - as if looking through the eyes of an Enderman. 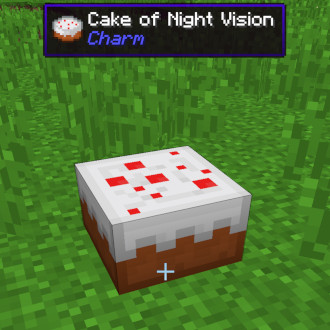 Right-click on a cake with a redstone extended potion to imbue it. Each slice of the cake will give you the potion effect when eaten. You may also use a dispenser to apply the potion to the cake.

The following extended potions are supported:

If the Quark mod is available and Quark’s Extra Potions are enabled these extended potions are supported additionally:

If Crabs are enabled the extended potion you can brew from Crab Shell Fragments is supported as well:

Flavored Cake can spawn naturally in villages if the Village Decorations feature is enabled. 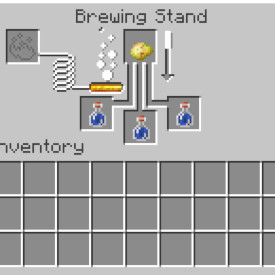 Allows Potion of Poison to be brewed from Poisonous potatoes in a Mundane Potion base.